Pray the Prayer of Consecration

You can pray along with the world all through the day. 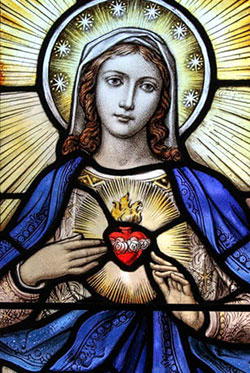 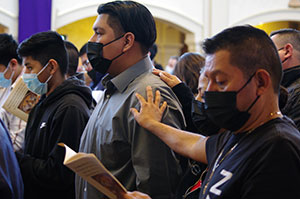 Rite of Election Celebrations Held at Cathedral of St. Peter

Two ceremonies of the “Celebration of the Rite of Election of Catechumens and the Call to Continuing Conversion of Candidates” took place at the Cathedral of St. Peter on March 5, one in the English language and the other in Spanish.
See photos and a list of the elect in the March 11 issue of the Observer.
The Observer Catholic newspaper.

For Your Lenten Journey

Fast and abstinence guidelines for Lent 2022

All day confession will be available on the annual Be Reconciled Day Wednesday, April 6 at all parishes in the 11-county Rockford Diocese.

DIOCESE—Father Michael Black, a priest of the Rockford Diocese ordained in 2000, is suspended following a recent decision of the Supreme Tribunal of the Apostolic Signatura, the Vatican’s highest court. 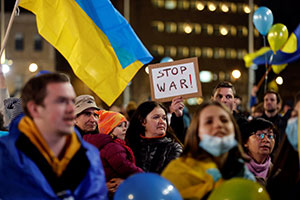 “Pope Francis has declared Ash Wednesday to be a “Day of Fasting for Peace.” I ask that all Catholics in the Diocese of Rockford join with the Holy Father on Wednesday, March 2nd, offering our prayers, charity, and fasting for the forgiveness of sins but most especially for the people of Ukraine who are so greatly threatened and suffering. And throughout this holy season of Lent, may we continue to pray with special intent for all our brothers and sisters in the Ukraine along with all those who suffer from violence and instability.”